Nola was recently invited to a group playdate. When we got the invite, we couldn’t have all been more ecstatic.  And, the best part was that all her playdates were also Westies!!!!

So we loaded up in the car, Nola hopping in her car seat.  I told her we were going on a playdate.  She replied with this look…

I told her she was going to love it!!

Nola was the first guest to arrive.  She was greeted kindly by her host, Boo. (While we are on that subject, I’m giving you a heads up:  There will be a lot of noses to backsides in this post. ) Sniffing was done, and they were off to play. 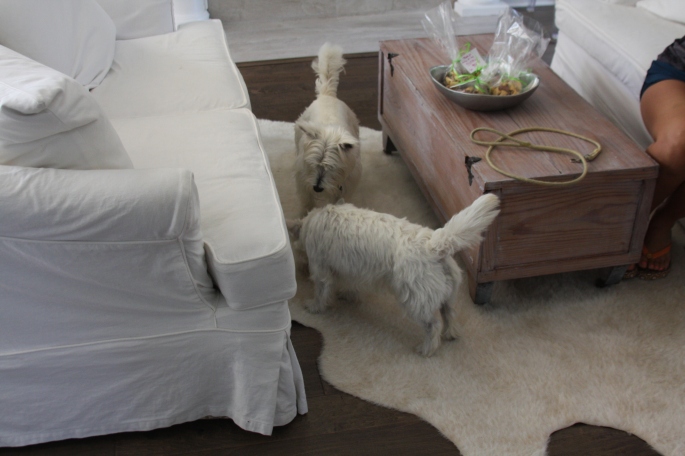 Boo had planned the perfect get-together with cupcakes, snacks,”West-tea,” and “Pawty Favors.” 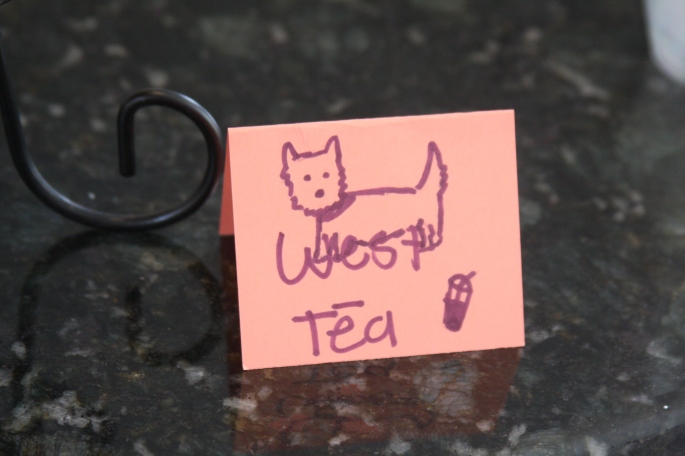 Soon the other guests arrived, and everyone was excited to meet each other. 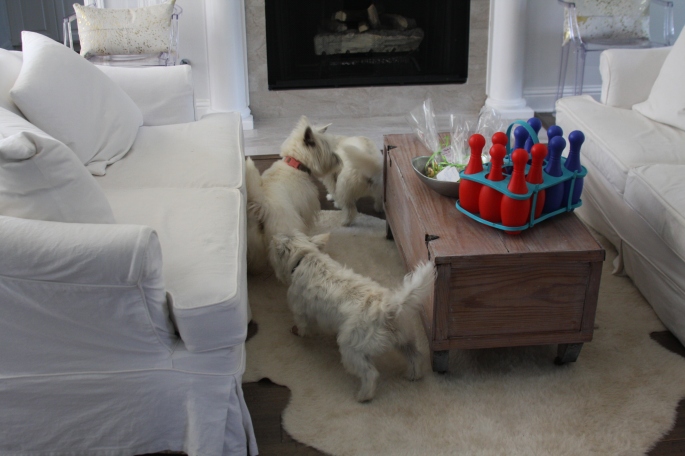 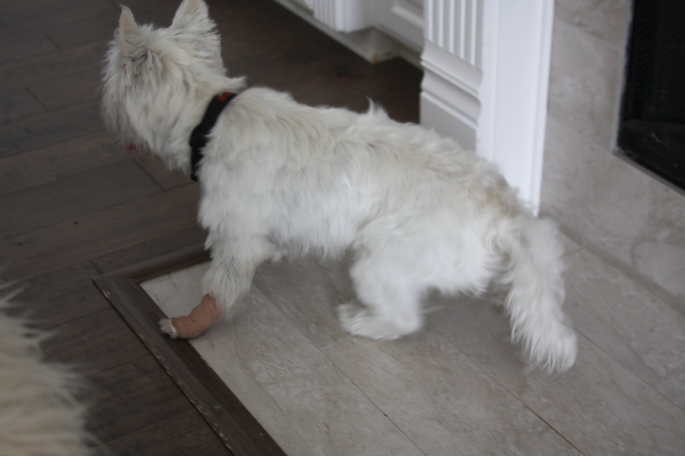 Max even came with his hurt paw.

We tried our darnedest to get a group pic, but it was simply impossible.  The pups were having too much fun.  Except for one little unnamed pup…..

I turned around about half-way into the party, and you-know-who was hiding under the chair. 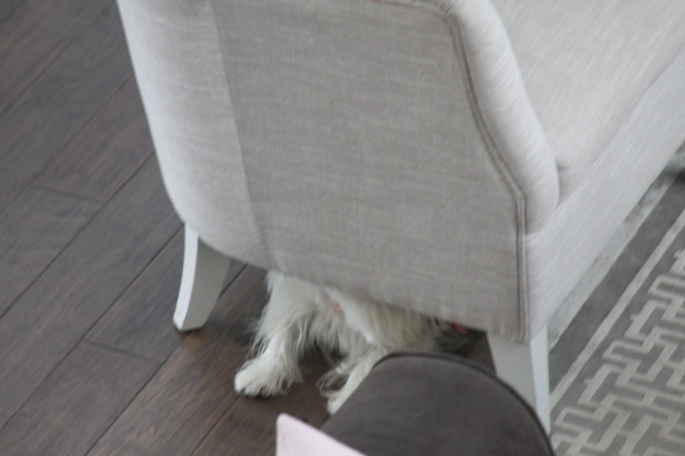 She was a little overstimulated, I think.

All-in-all, it was a grand time.  Hopefully, we can do another playdate again soon.

Lifestyle blogger, “retired” teacher, fitness instructor, wife, and a mother with a love of all things beautiful!